A 6×9" 376-page book with single-line composition and lineation (33 lines per page max, two columns grid). Original English, Russian, German, and Maghrebi words were set in respectively distinctive fonts. The texts consist of transcriptions of the spoken words from six films by Jean-Luc Godard; they were each originally released as individual books by the French publisher P.O.L. between 1996 and 2001, and were published for the first time in English by CMP. Typesetting time: 8 weeks in 22 design sessions; 14 proofing files.

6×9", spine size 0.773" (376 pp.).
Cover design features a large title in three colors set in JeanLuc, a typeface by Atelier Carvalho Bernau inspired by the title sequences seen in the films of director Jean-Luc Godard, and released as a free download in honor of the director’s 80th birthday, in 2010.The mixed horizontal alignments of the three colors signifies the "traces of a film" central to the recollections of Godard's meditations. 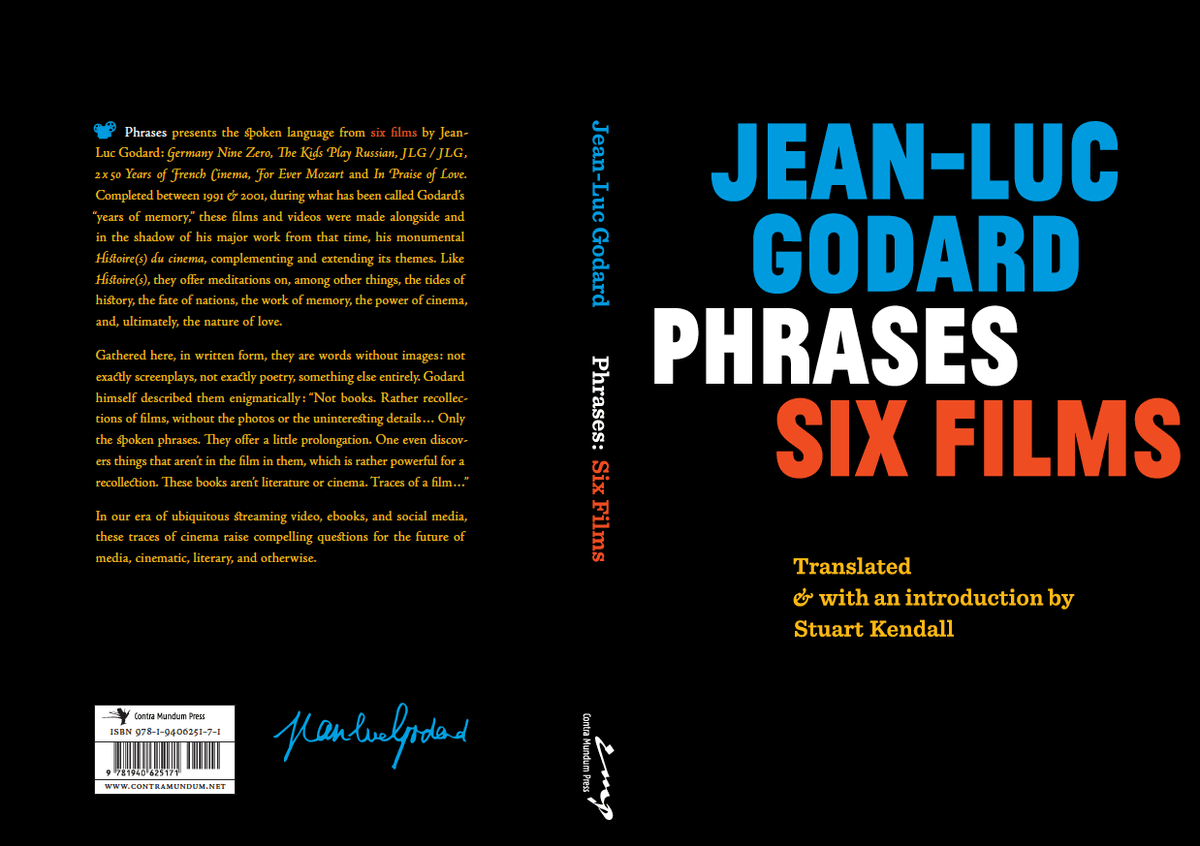 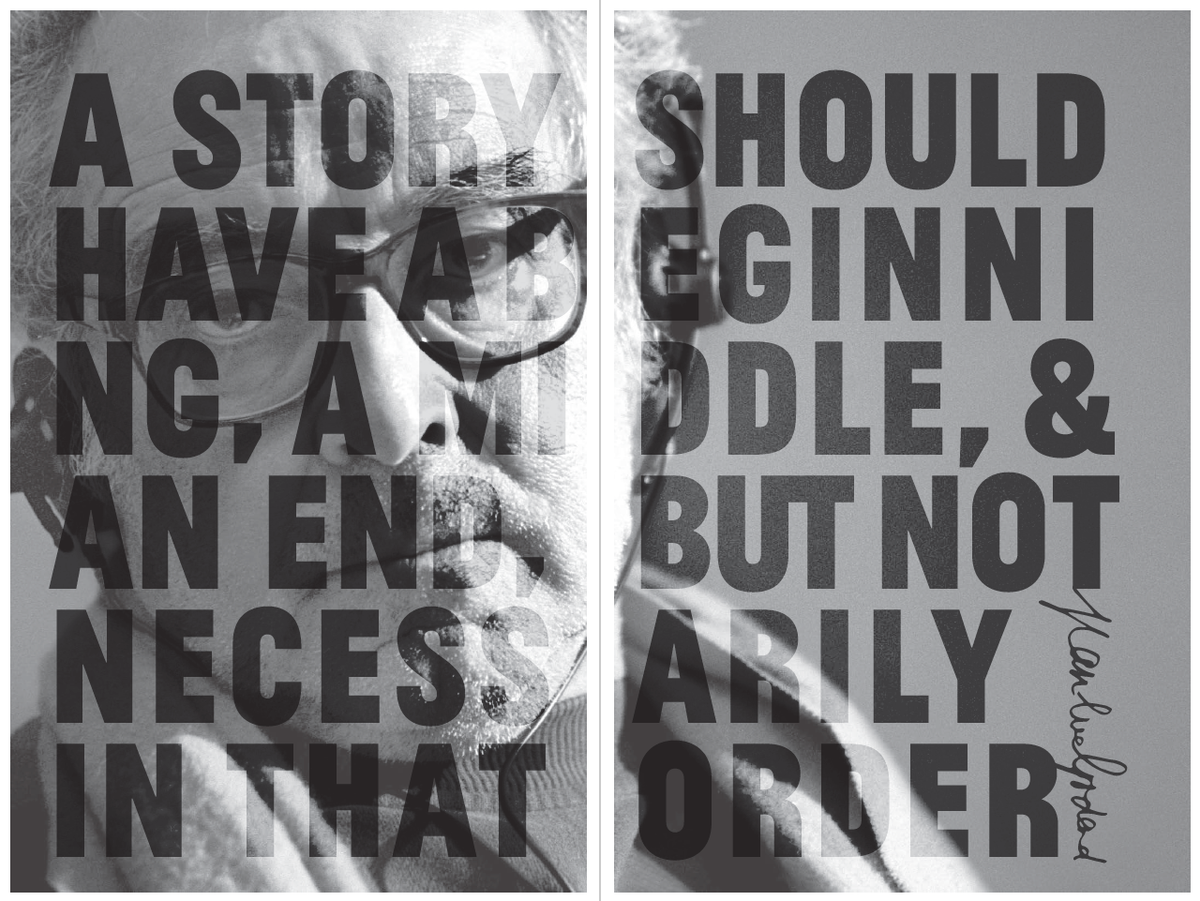 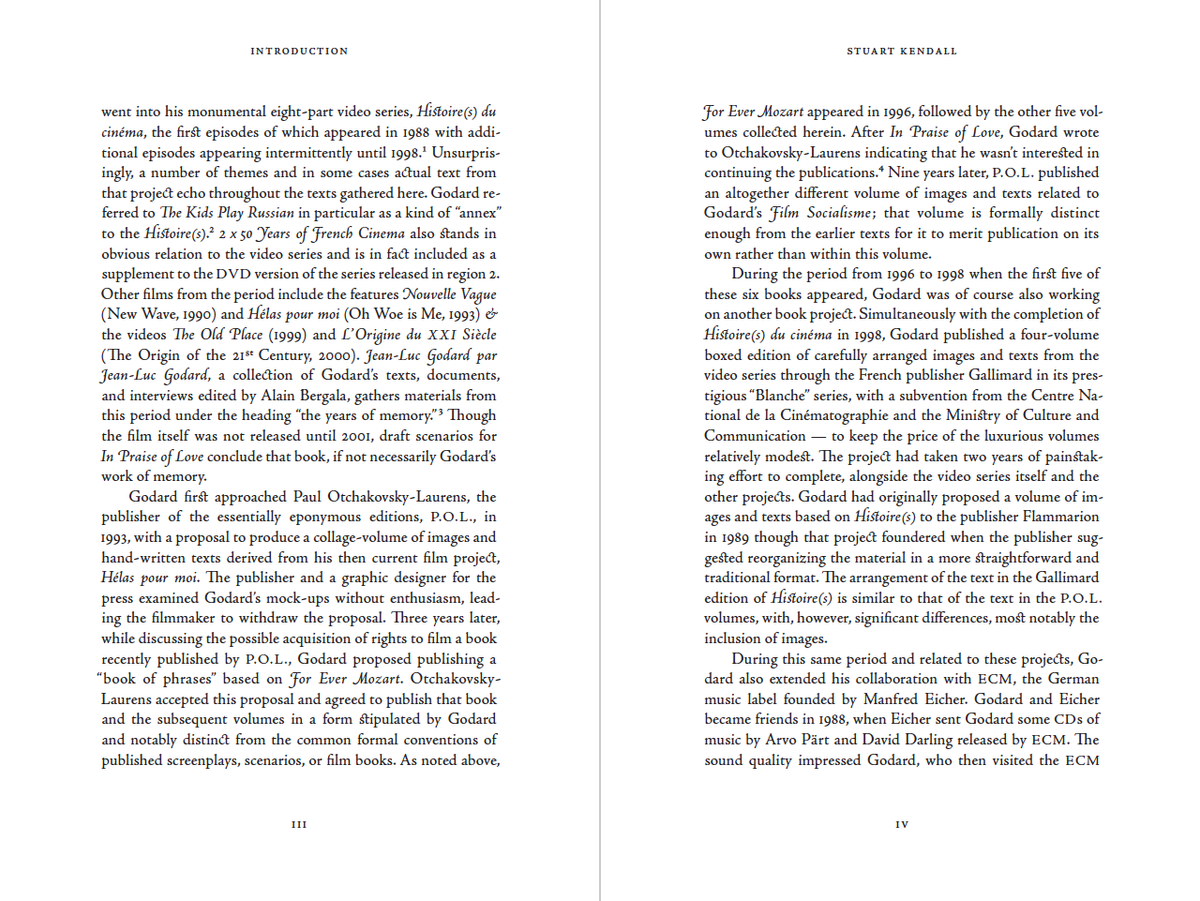 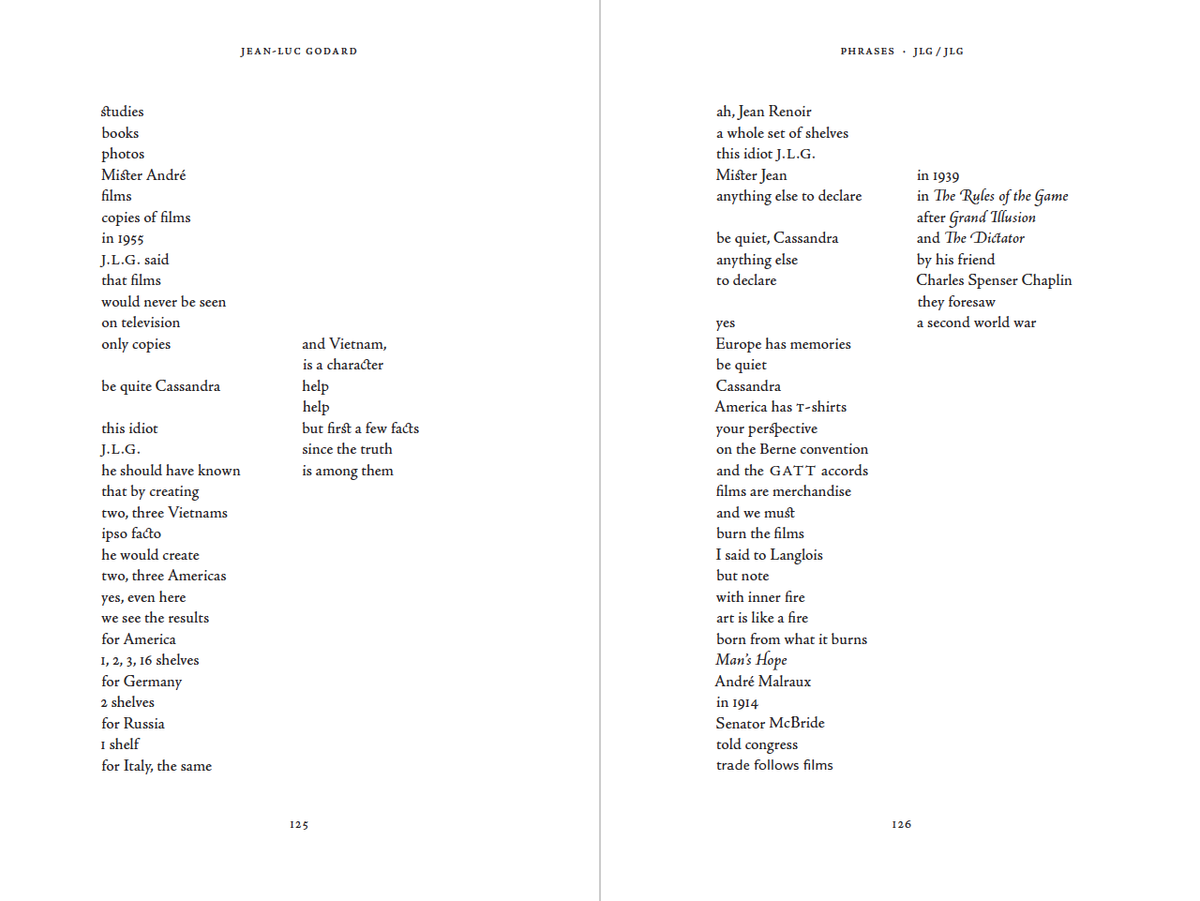 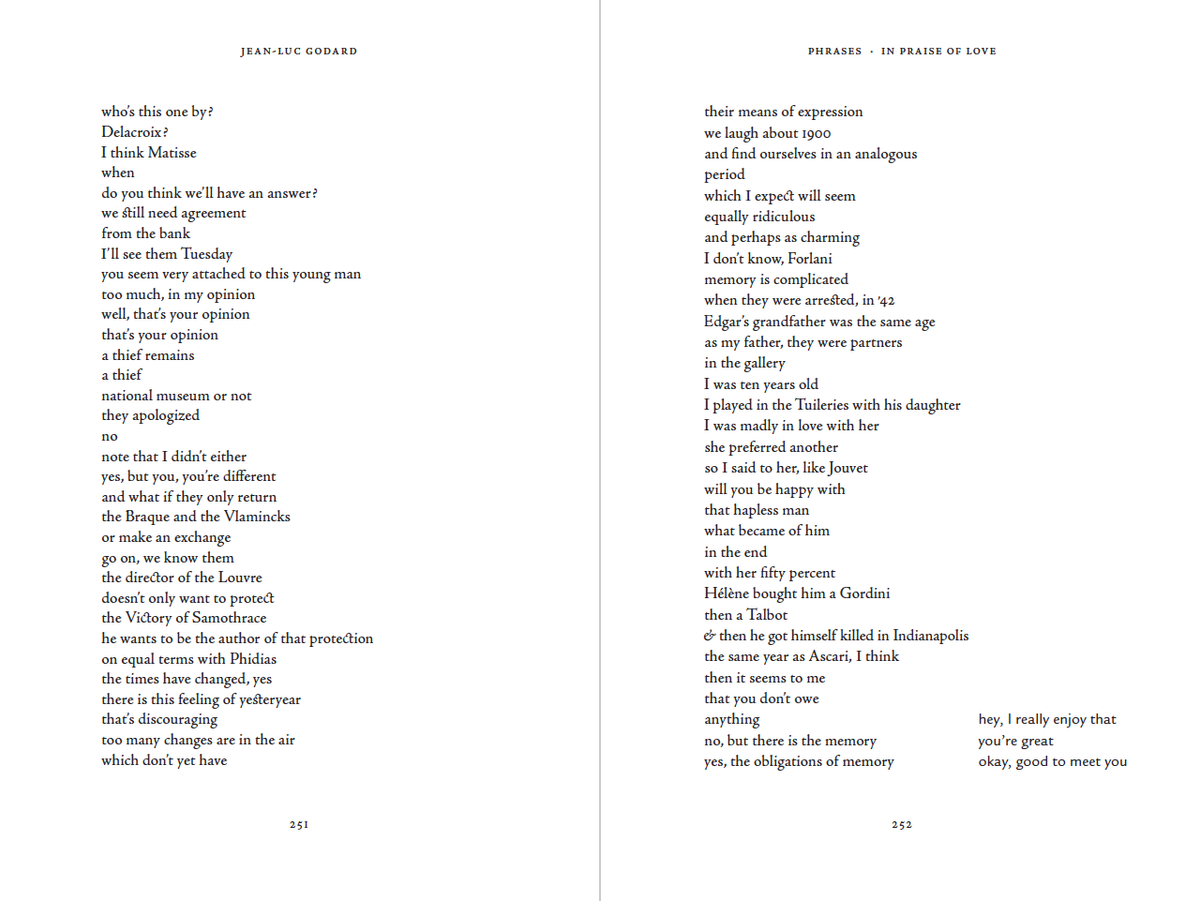 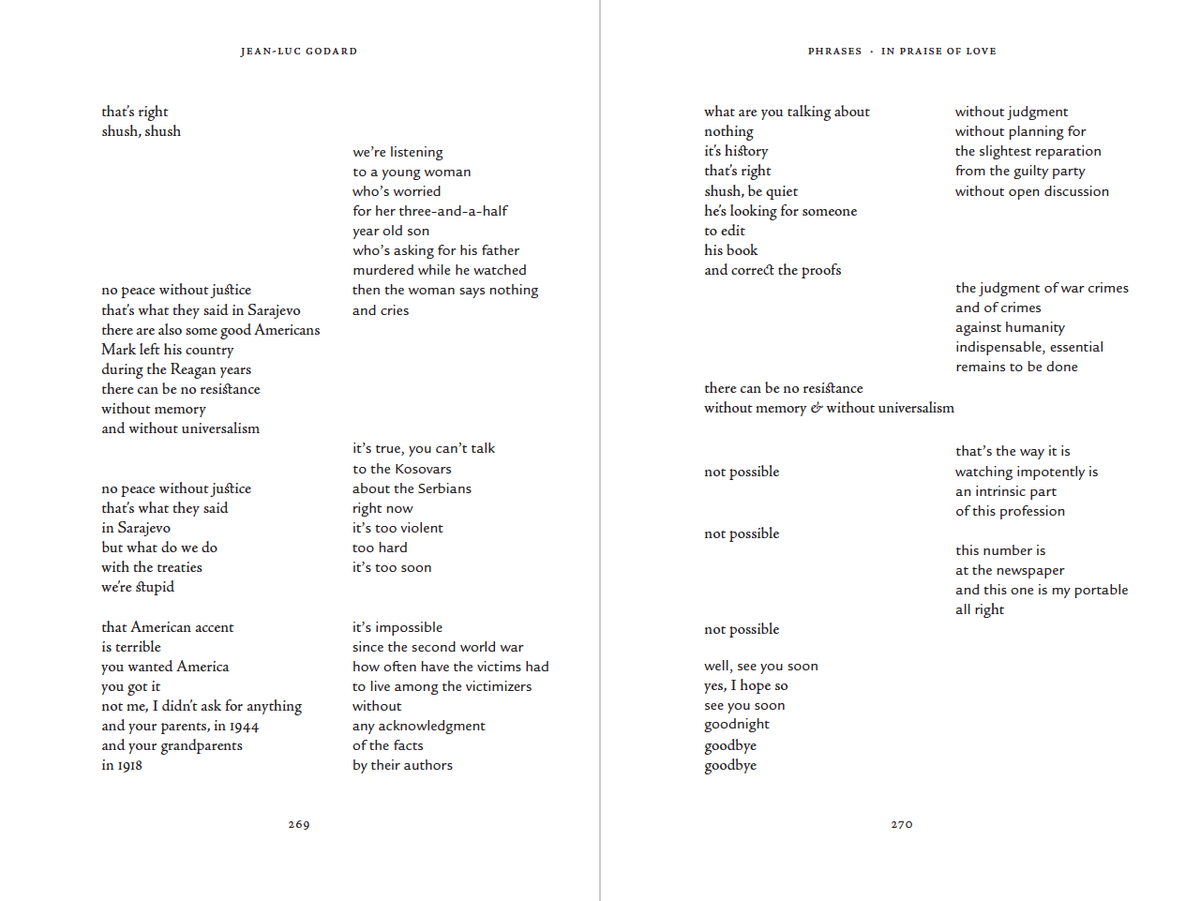